RAAP is taking their fight to protect innovation on behalf of Rare Disease Patients and industry to the airwaves! See the new ads here: 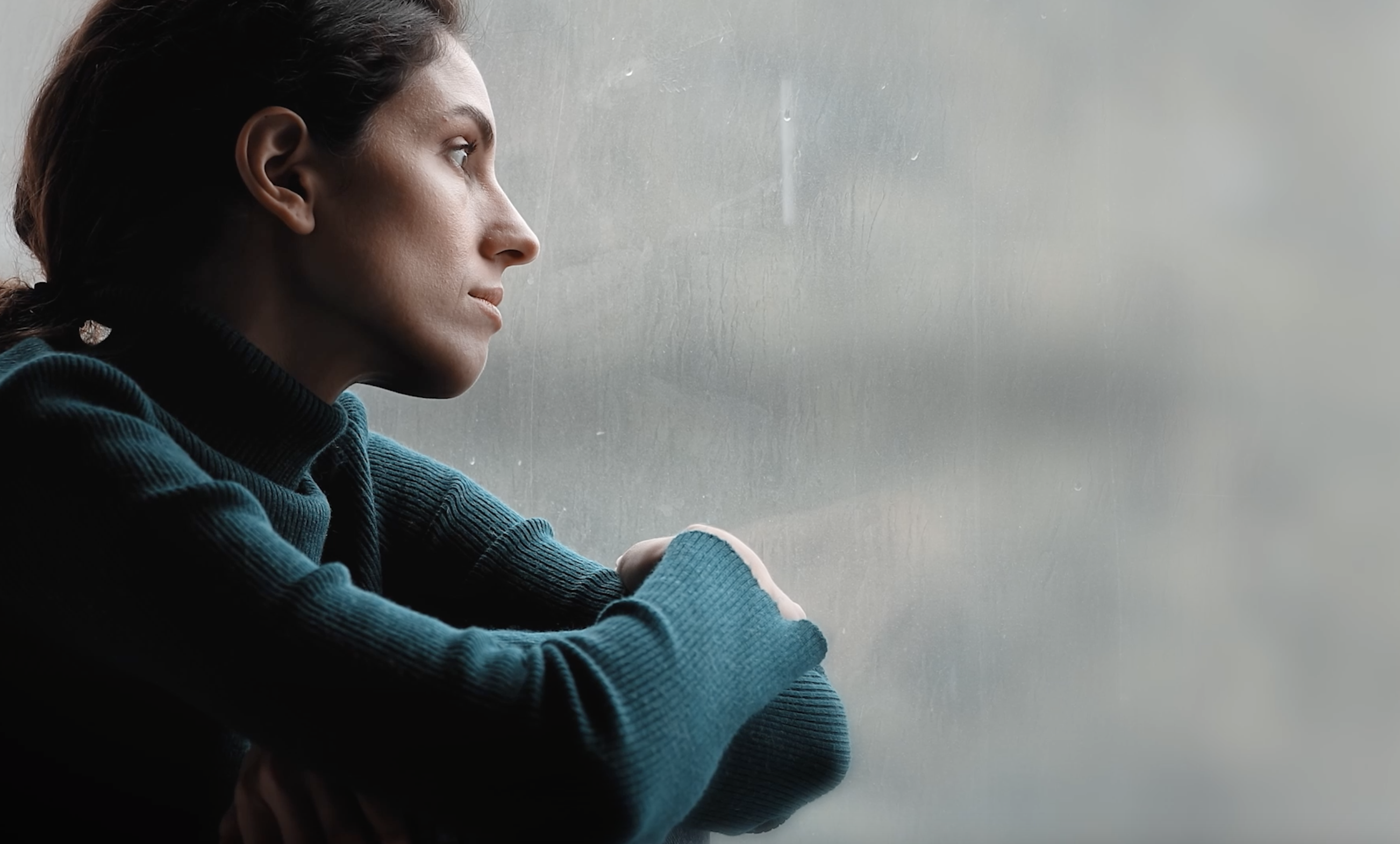 The Rare Access Action Project, (RAAP), announced today they will be taking their fight to close patient out of pocket costs and protect innovation on behalf of Rare Disease patients and rare life sciences companies to the airwaves.

“Access to new therapies and future innovation gives rare disease patients hope,” said Michael Eging, Executive Director of RAAP. “Approximately 1 in 10 Americans rely on rare pipelines that continue to generate transformative therapies. However, of the 7,000 plus rare diseases, less than 10 percent have an approved therapy. Currently, thru the Build Back Better Act, rare therapies will face an increase of between 400% and 800% in Medicare Part D costs. We urge Congress to cap Medicare Part D out-of-pocket costs but do so in a way that preserves the rare disease pipeline for the next generation of therapies and patients.”

As Congress looks at drug pricing reform, the details matter. On one hand, the Medicare prescription drug benefit program (Part D) is a successful demonstration of a public-private partnership with almost 50 million beneficiaries. And, on the other, beneficiaries are increasingly facing affordability challenges at the pharmacy, partly due to the structure of the Part D benefit.

The most recent proposal to update the Part D benefit design and enact drug pricing reforms is the Build Back Better Act (BBBA). BBBA represents a broad funding and programmatic package backed by President Biden…

Washington, D.C. (11-2-2021) – While negotiations continue regarding the components of the “Build Back Better” plan, recently released information regarding prescription drug pricing, and closing the catastrophic coverage in Medicare Part D continues to offer a “half a loaf” to rare disease patients who depend on not just access in the program, but also in encouraging a robust pipeline to continue providing hope of new therapies.

The time has come to close Medicare Part D out of pocket costs. However, RAAP continues to have concerns with the proposed framework by Speaker Pelosi and Chairman Wyden…

For Rare Innovation, One Size Does Not Fit All

Washington, D.C. (09-29-2021) – The Rare Access Action Project, (RAAP), released an updated study reflecting the impact to companies that develop treatments for Rare Diseases through proposed Congressional plans to change Medicare Part D. Rare Diseases are defined as conditions that impact fewer than 200,000 people and that often have no treatments of any kind.

The updated 2021 RAAP study found the costs to drug manufacturers could rise from 400 percent to 2,000 percent..

Dear Chairman Pallone and Ranking Member McMorris Rodgers, The undersigned organizations write to voice our concern and opposition to the inclusion of policies like H.R. 3 in the upcoming reconciliation package. The legislation and other reference pricing policies threaten to significantly reduce the number of medicines available to treat and cure disease. A recent study on the impact of H.R. 3 found that its passage would likely lead to 61 fewer medicines over 10 years. These products most likely will be the most innovative and curative medicines and vaccines the world has ever seen, which would be a significant loss to society and global health. 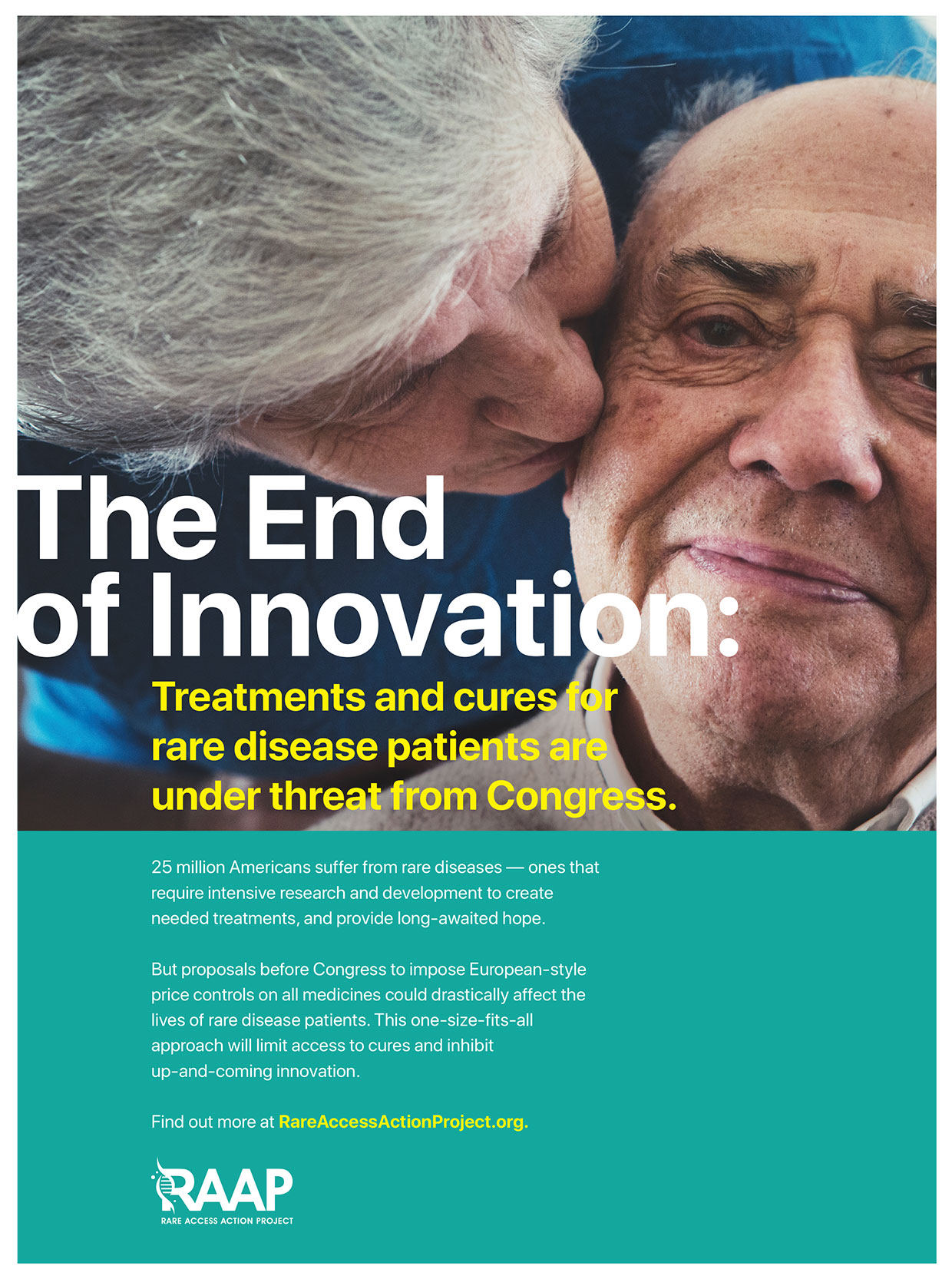 The Rare Access Action Project (RAAP) announced results of a devastating report conducted on the impact of proposed change to Medicare D to companies that develop treatments for Rare Diseases, conditions that impact fewer than 200,000 people and that often have no treatments of any kind. “The current proposals for changes to Medicare D are supposed to address rising costs to patients,” noted RAAP Executive Director Michael Eging. “Unfortunately, these rather sweeping one-size-fits all plans could actually devastate the orphan drug market that serves patients who already have few options – if any — and that don’t operate as large-scale markets because of the number of patients impacted. The Rare Disease space is a family of sorts, representing a cooperative effort between emerging companies, academics, and patients’ families and advocates. All of this makes the decision to enter the orphan drug market as much a labor of love as it is a leap of faith.” 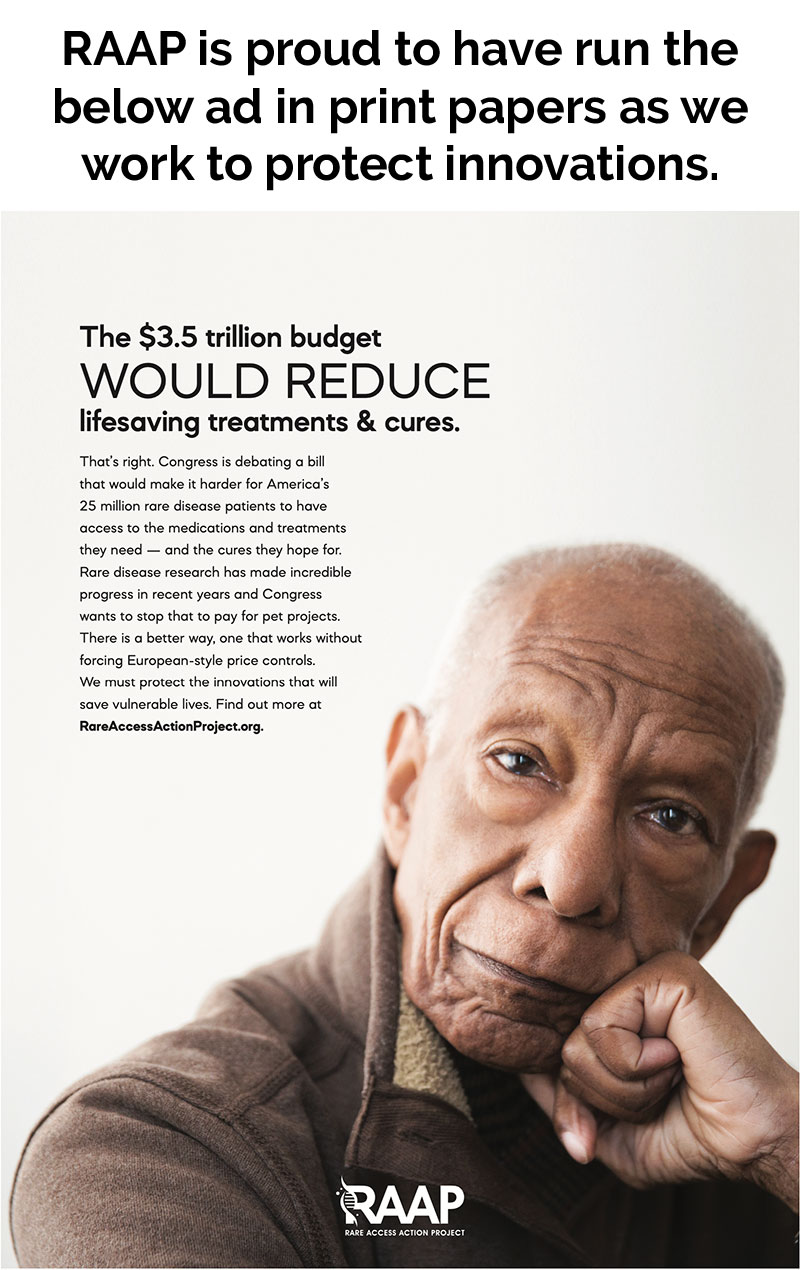